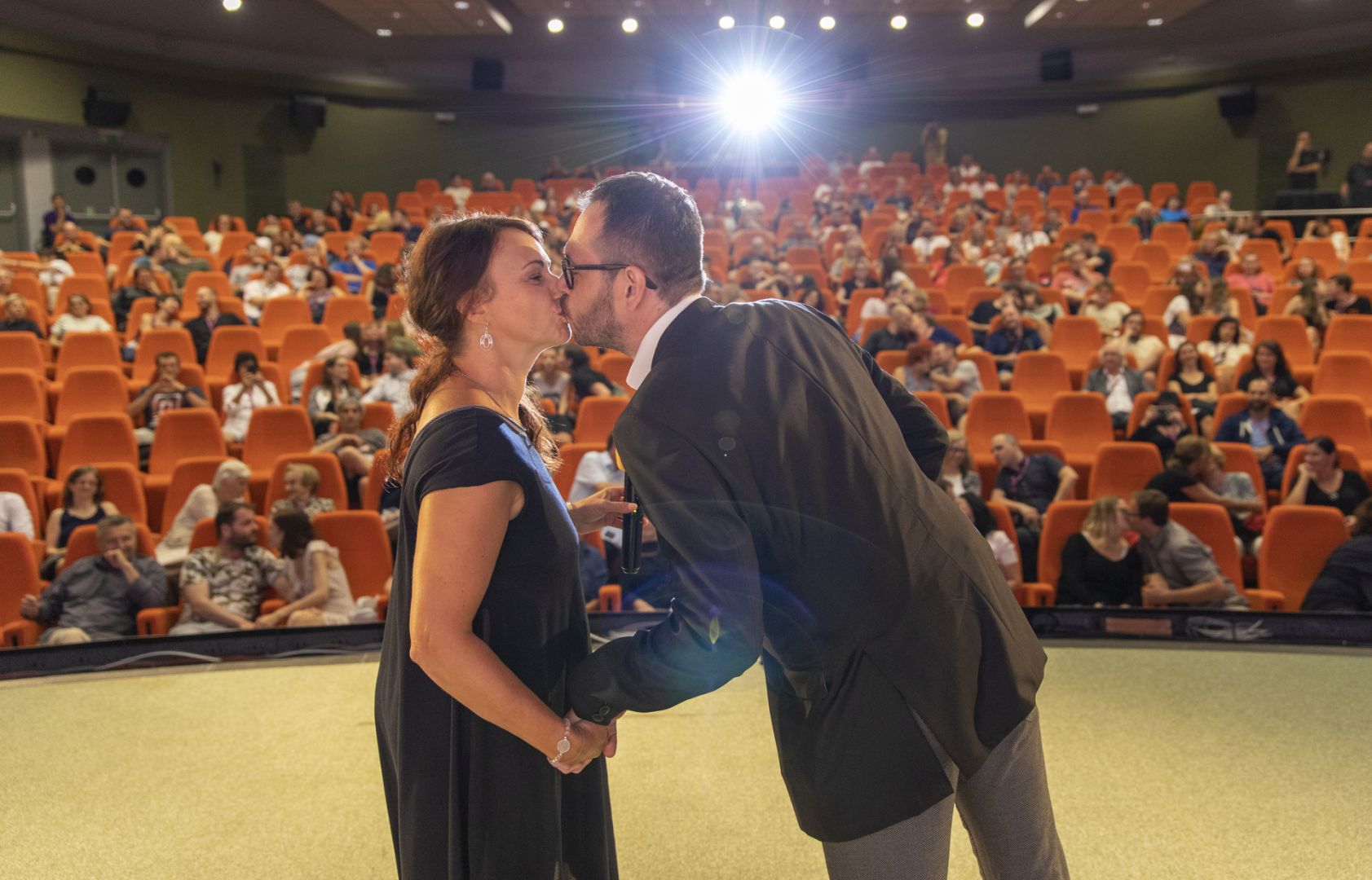 The Town Abounds with Kisses

Saturday officially kicked off the Summer Film School! And it was full of love and kisses. Red lips, the symbol of this year‘s festival, tinged yesterday’s opening night that was broadcasted by ČTK. Czech director Hynek Bočan received the AČFK Annual Prize for “playfulness and intelligence of his films, for addressing moral topics in immoral times, for his relentless quest for the Czech national character, for genre versatility and for his human kindness and generousness”.

“Thank you very much. If I were younger, I would even be moved,” said Bočan after storming applause and remembered the late friend and colleague Jiří Stránský who wrote the script for the opening feature Boomerang (1996). “This film reflects our view that the nation without memory will be punished. And I’d like to add that the nation without culture loses itself and fades away. And Summer Film School helps avert this scenario,” added Bočan.